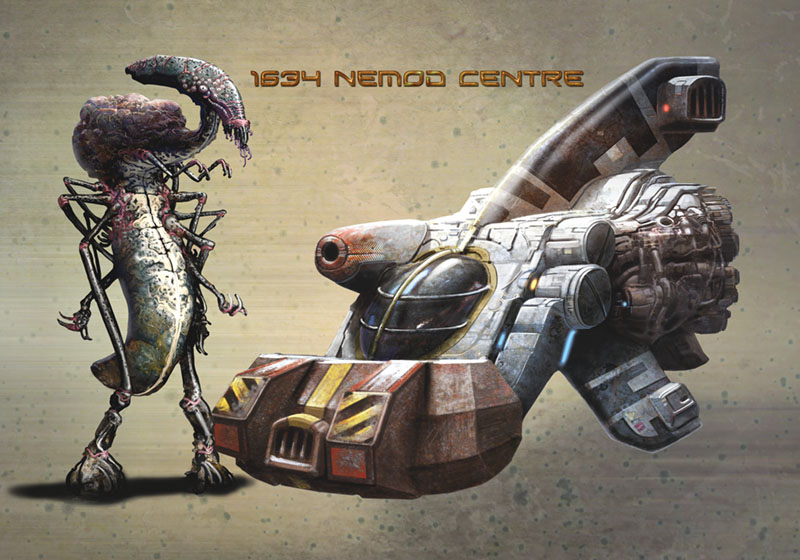 He originates from the Kyssiz Bêta Oridani Centre beehive in the Hazel nebula. 1634
Nemod is a rising champion. His striking success make him the most envied pilot of all. The elegance of his manoeuvres, his innate gift for flying and his remarkable trajectories make him a fearsome adversary. He proved this by winning, as an outsider, the Timeless Ring Race where he skilfully eliminated every last one of his opponents in a record time.

The Ky’Podilys from Kyssiz Bêta Oridani are insectoid beings organised in large beehives. Each individual is specialised in a particular task: queen, spawner, fighter, worker… or pilot. Our friendly competitor is the 1634th egg from the Nemod queen, in the Centre beehive of his native world. He is one of the few pilots of his species to have been permitted to fly anything outside of a transportation craft or one of his people’s fighter craft. The queens of Kyssiz Bêta Oridani see in him a great publicity opportunity for their enterprise, as well as a comfortable way of getting richer.

1634 flies a bioracer, a unique model especially developed by the Ky’Podilys engineers.