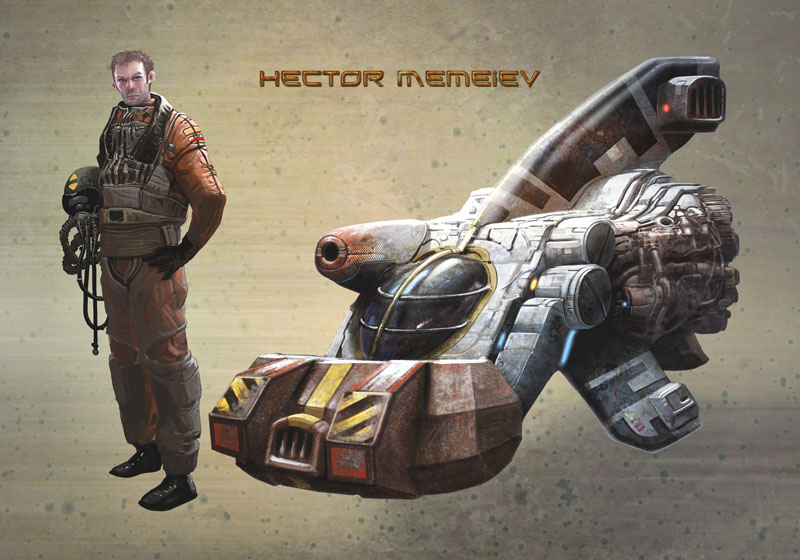 Human from the Smirovskaia colony. A rough and ready pilot devoid of any finesse, Memeiev has managed to forge himself somewhat of a reputation on the circuit thanks to his brutal victories. He proved himself in the Grand Prix de l’Art du Triomphe by eliminating two candidates by way of barely legal manoeuvres (and not many of them are illegal in this kind of racing!).

Memeiev is an ex-miner of the Balkan Belt asteroid fields. His colleagues – no angels either – deemed him particularly greedy, reckless and ignorant of the most basic rules. Until the day when, chased whilst carrying stolen minerals, he successfully lost the Investigators of the Stellar Safety Services in an asteroid field. He had to change careers. Garamund Belisaire, rally organiser and a witness to Memeiev’s escape asked him if he wanted to become a racing driver.

“In a race against death, there’s only one rule: after kick-off, there ain’t no more rules!” Hector Memeiev.