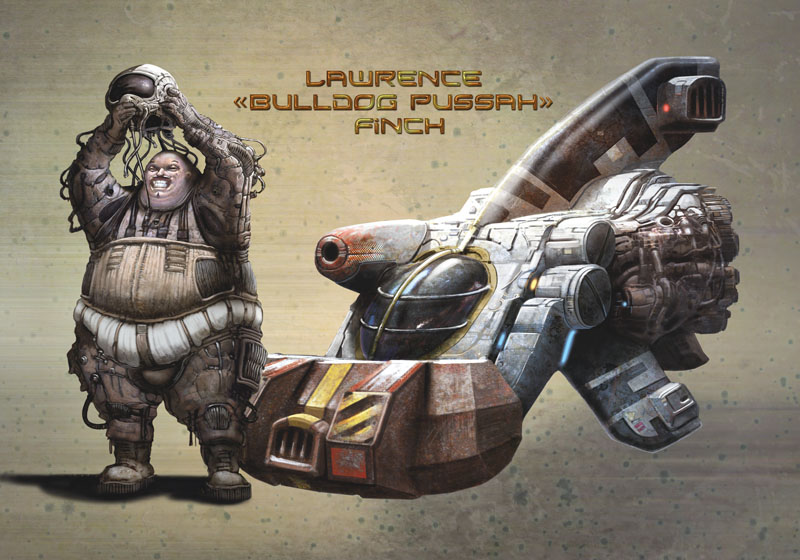 This human from the Old Earth was born near London, in the Kingdom of England, Western Europasia. Despite his weight (hence the second part of his nickname), Finch is an expert pilot. He is cunning, intuitive and particularly tenacious (hence the first part of his nickname). He won a fistful of Great Prizes in the Independent Systems.

Finch was not meant to become a racing pilot. Indeed, he was the heir of the Finch Colours Cosmetic Industry. But after various scandals, his family went bankrupt and Finch found himself penniless at 18. That’s when he fled to the Old Earth and got deep into the external Systems. He came back 10 years later, addicted to Matuhata and racing. He soon became the best pilot..

If he can, he flies a specially reinforced GZK 3520.

“For money, what else? Glory? Pff! That ain’t gonna buy me Matuhata!” Lawrence Finch.