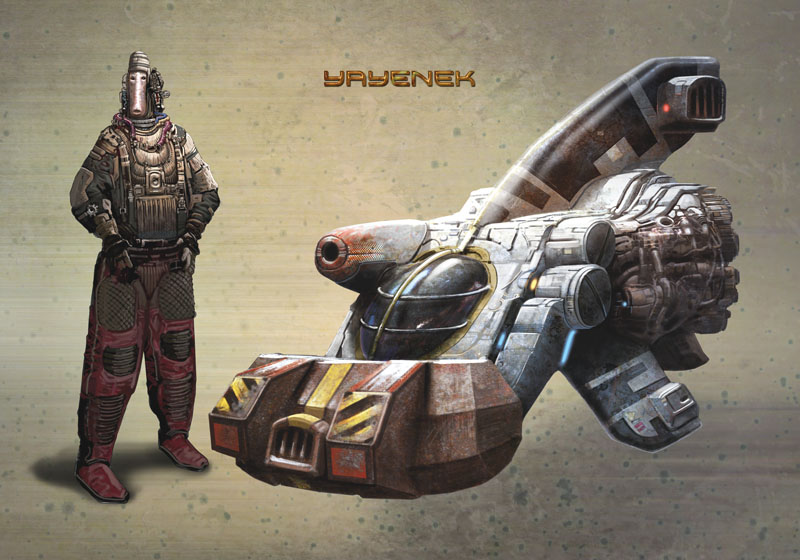 This Lambusquin from Parethon, in the Shimmering Belt, he covered himself in glory in many famous competitions, such as the 89th Rings Regatta (second overall, twice the winner of a stage). A good pilot and an excellent navigator, he has a “tough guy” reputation. He loves the chase and is keen on underhand tricks.

Former and eminent pilot of the 9th Tellbarite squadron, he distinguished himself during the War of the Thousand Flowers. Although he was decorated four times for his bravery, he let himself down by being insubordinate and violent to his superiors. He absconded before his trial and fled to the Purple Cluster where he joined the semi-professional circuit. There, he excelled. Soon noticed, he quickly became a permanent fixture in the most dangerous races.

« This race could never be as tough as the assault on Deersheemaa, with the hellish blaze of the laser battles, the self-guided missile firing platforms and the mine fields. » Yayenek.