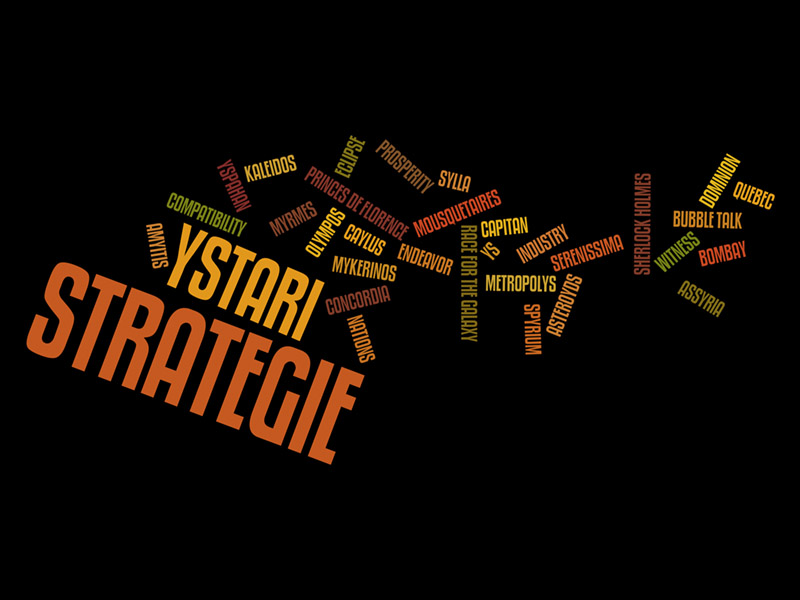 In Sylla, each player recruits one 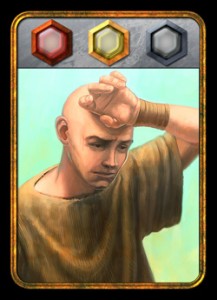 character per turn to help them with their tasks. Quite often, there are two phases during which you can use those characters: a bidding phase where you can bid on three colors (blue, yellow and red) to acquire buildings with effects; or another phase for a specific bonus if the character hasn’t been used for the bidding. You choose between bidding and a bonus!

The slave is one of the five characters whose services you can use in the game. This character is the easiest to use at first, because his only power is to bid in all colors during the Building phase. He must be used (preferably at each turn):

– offensively: to make the bids rise whenever possible (or at least to make a minimum bid);

– defensively: to be able to outbid whatever the color;

– constructively: to pay a price high enough to secure an important building, even if it doesn’t appear in your strong color. You only have 5 turns, so don’t be too tight-fisted!

The more slaves you own, the less obvious your strategy will be (your opponents don’t know what colors you will choose); what is more, you will be more flexible when buying buildings (if you fail to secure a bidding you initially wanted to win). Although it will strengthen your purchasing power, the Crane (one of the buildings available in the first phases) will be less essential to you if you own many slaves.

But be careful, recruiting slaves won’t necessarily be easy. 2 events may thwart your plans: the Slave Revolt and the Christian Persecution (if your slaves are Christians). These two events can be fought with legionaries, so it is a good idea to take some if you own more slaves than the other players.

Finally, by emancipating your slaves at the end of the game, you will be able to exchange your deniers with Prestige Points. However, make sure you keep enough deniers to free them.