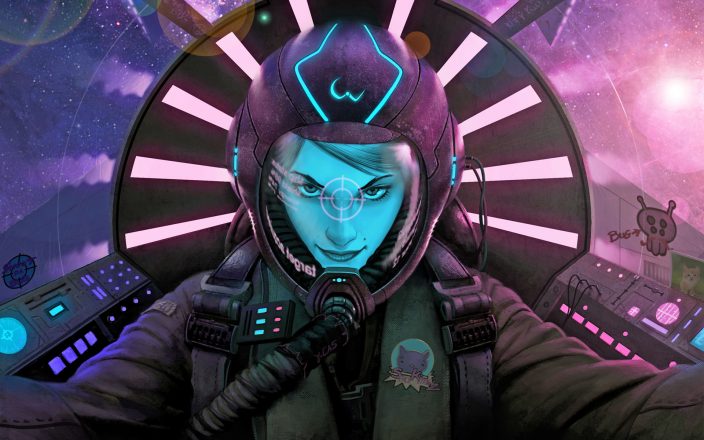 Get involved in the 3rd Solar War with the next Ystari game: Starfighter. Pressure groups with conflicting interests are fighting each other in space for supremacy or some ore. In 2115, the war is a real show. Gigantic cruisers send in the fray their ships whose pilots are broadcast heroes. They are the Starfighters!

In this 2-player card game, combine your ships powers to get a winning strategy. Thousands of possibilities can lead you to victory if you are smart enough to avoid your enemy’s firing. There is an « introduction/training » game mode to help the players understand the various card powers. The release is planned for July 2015.